It's not enough to just be uncanny

This article is the first of a five-part series covering how to setup up a unit test harness on an embedded software project.

For the purposes of example, I’ll use the CppUTest harness, building within Silicon Labs’ Simplicity Studio (a YACE – Yet Another Customized Eclipse). This setup will be used to unit test components for Silicon Labs’ Thunderboard Blue Gecko SoC (ARM) projects. The unit tests are executed on-host, not on-target.

The five parts in the series are:

I won’t go to detail on how to write unit test cases. There are plenty of great resources for that. Instead, I’m interested in getting people over the setup hurdle. Once you have a harness running, you’re all out of excuses for not writing tests.

In my experience, these practices are frequently absent in embedded software. Embedded engineers aren’t “normal” software engineers. We like soldering irons, we like hardware, we like physical things. It’s no mean feat to convince an embedded engineer that testing can have value when it’s not physical.

Setting up a unit test harness is, pound for pound, a little harder for embedded software projects than other software. Most embedded IDEs don’t support it out of the box, as though they’ve never even heard of it. There’s a non-trivial effort required to get started, and it gets used as an excuse to never get started.

Even when I stumble upon an embedded engineer who believes in unit testing, it’s very often the case that they want to unit test on-target. This makes hardly any sense to me, apart from being able to use one toolchain for everything. I think there are many advantages to off-target (on-host) unit testing:

Embedded guys tell me that. They also say they don’t have time.

Here’s why you should like this kind of testing: 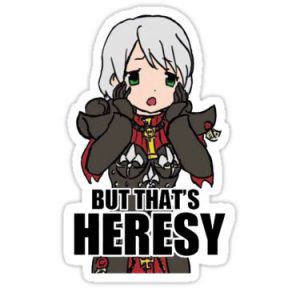 As much as I think the value of unit testing is underestimated by many embedded engineers, I personally think the value of Test Driven Development (TDD) is overestimated. At least the very dogmatic tests-must-be-written-before-production-code strain of TDD. To me, it doesn’t matter whether unit test cases are developed minutes or hours before or after the production code. What matters is to achieve good depth and quality of testing before the code is mainlined, and to have cheap regression testing going forward.

Not convinced? I wasn’t either. Maybe do what I did, and try James Grenning: https://wingman-sw.com/renaissance

He was one of the authors of the Agile Manifesto and one of the few who has tried to convert the embedded recalcitrants. He’s also a CppUTest maintainer. Here’s his book: https://www.amazon.com/Driven-Development-Embedded-Pragmatic-Programmers/dp/193435662X

The book is good, and does the job of getting you started. In the end though, the only thing that will convince you is sucking and seeing. Writing plenty of unit test cases.